“Don’t judge a book by its cover” is a metaphorical phrase that has learned since from grade school. You shouldn’t prejudge the worth or value of something, by its outward appearance alone. However, why there are people speak their mind and don’t care no matter what if it’ll rip-out the heart of others? 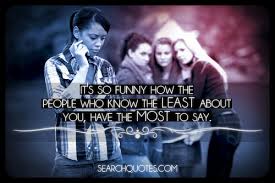 Only shallow person know themselves but mostly shallow people end-up nothing.  But think about it; shallow people have it so much better because they don’t understand the same things we feel so it doesn’t affect them even how awful feeling it is.

During my teenage years; I was tired of pretending that I was someone else just to get along with my classmates, just for the sake of having friendships, not to be bullied but to bully.

When learning the rope of being with them, I thought I was trapped in a cage and I can’t handle it in their way. I was lying to myself but still I know I would always learn from my mistakes. I learned that when am surrounded with them I find myself judging others – I didn’t consider that the inside is what counts!

But after all I did, I reap confidence away from it which I used it to fight them back whenever we’ve faced into trouble. Being brave is not enough not to be bullied but being confident to pretend being brave is great ammo to defeat the enemy and win the war.

If a person cannot understand the beauty of life, it is probably because life never understood the beauty in them and don’t judge the past by the standards of today because it won’t work – they’re incompatible.

Think twice before you speak! 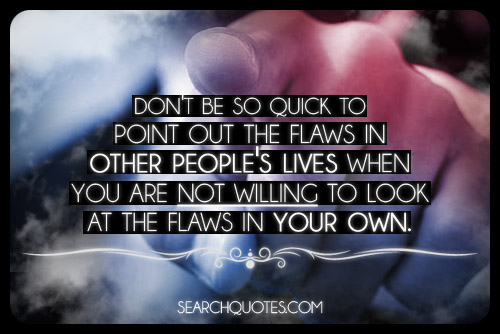