There are instances that you can witness unwanted fascinating scenes that are not supposedly entitled to expose as they keep it with highly regard. To name a few; for instance, are forbidden relationships (secret affair), company anomaly and situations that are warned to be prohibited.

What will you do if you see with your naked eyes the secret affair of the people you know most? How can you escape when you experienced this instances where the people involve are dear to you? Will you tell them that you know their secret or just leave them alone?

It was not so easy for me to balance whether I reveal the secret that I saw or just don’t be attach to it. This is related to the wife of my boss. Our boss is the most intelligent person I ever knew and he treats us as part of his family too. We share ideas, personal problems and together come up with solutions – a great team.

Let’s just call the wife as Madam. She is in her 40’s sexy and beautiful whereas our boss is 15 years older than her. There are rumors that the Madam has a secret affair with a local guy but we don’t believe of course. As told, Madam is not in love with my boss, she just marry him because of the “wealth,” however our boss adore her to the fullest.

It was a sunny Tuesday; I went to a hotel to reserve a suit for our visitors from Singapore. It was unexpected that I saw them (Madam and the young beau) in the restaurant of the hotel caressing each other but they don’t recognize me because I am not wearing a uniform. My thought was perhaps it’s just a friend because obviously, you will never meet where you might be seen together in public when it is – a secret affair. However, when I take a second look they are kissing already, how was that?

Through the sudden occurrence, I felt that I commit a murder, the feeling that I have sleepless night thinking about what I saw and I don’t have peace of mind. I am shocked and inconceivable that the rumor is true. As many days passed, I can’t keep on facing my boss for a discussion because it reminds me of telling him but I know I should be responsible of my actions.

It’s not my business, I know! But sometimes my guilt prevails however; I don’t want to be blame for my action as well. Everything has an end, I am hoping it well very soon because I cannot look through the eyes of the honorable man cheated by a greedy wife.

Until now, I didn’t break the silence of their hidden secret. In time of revelation; they know the consequences of their act as well.

I believe that we are solely responsible for our choices, and we have to accept the consequences of every deed, word, and thought throughout our lifetime. But, if you really want to have a secure affair with no chance of being caught then do not have an affair. This is the simplest solution, and in addition to avoiding a lot of inconvenience, you will retain everyone’s respect. But it’s easier said than done.

A responsible person makes mistakes, but when they do, they take responsibility and make it right. When you stop pointing the finger, you have control over yourself. Just because the other person is acting a fool, don’t be one yourself. 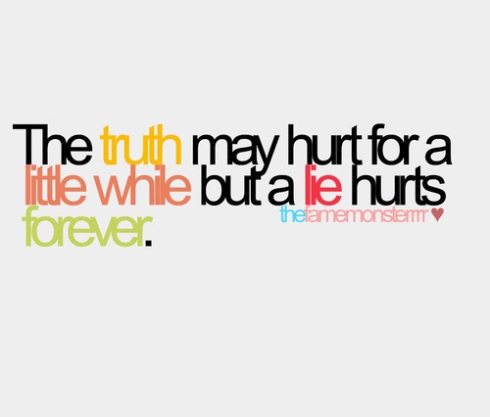